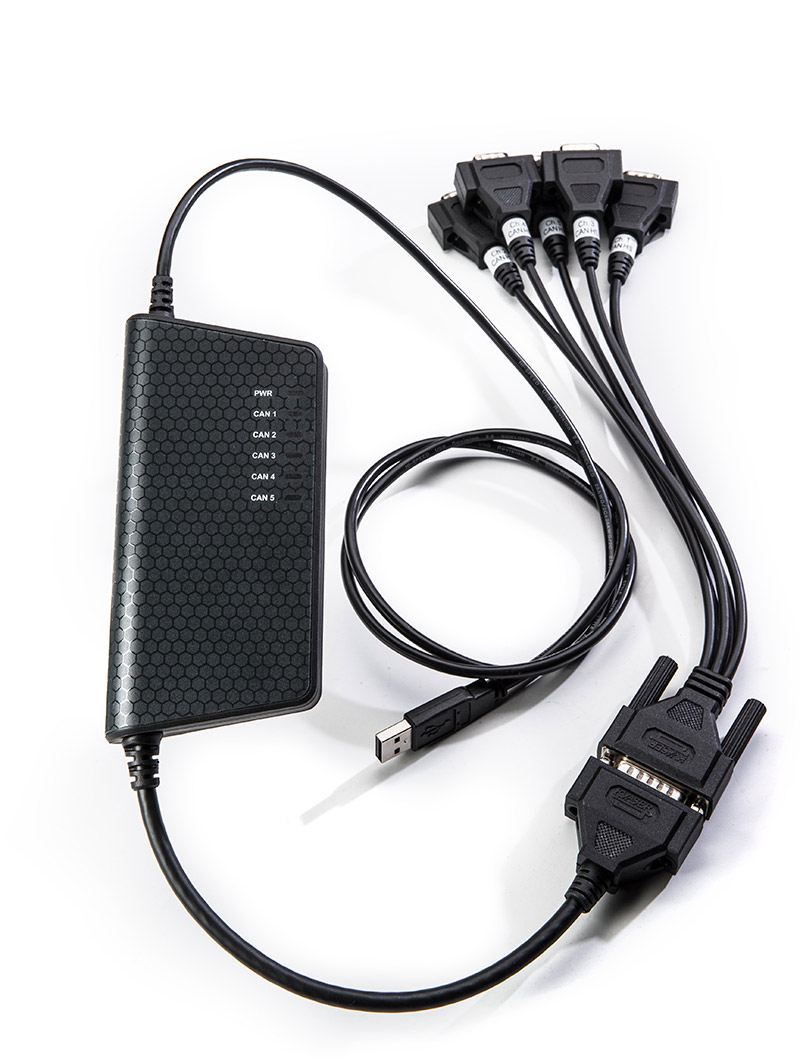 The Kvaser USBcan Pro 5xHS is a five-channel CAN-USB interface with user-scripting support. It has a 26 pin HD DSUB that connects to a splitter with five 9 pin DSUBs, and one USB connector that easily links to any USB port on a host computer. The interface supports both CAN 2.0B and CAN FD protocol.

This interface can run user-developed scripts, written in the Kvaser T programming language. T programs run directly on the Kvaser USBcan Pro 5xHS make it possible to react much quicker to CAN bus events – for example, to speed up file transfer protocols such as CCP/XCP or ISO15765 by off-loading timing sensitive code to a script in USBcan Pro 5xHS, or to simulate missing hardware. The feature could also be used for implementing timing sensitive protocols, such as when a message needs to be sent at precise 5 ms intervals.